You Get What You Deserve 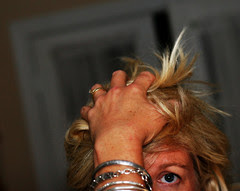 MY COLLEAGUE LINDA NORRIS AND I HAVE a long history in the trenches of museum administration.  The post is really a tribute to her insight, which is that boards get the directors they deserve and vice versa.  It's a tough philosophy particularly when it refers to a negative relationship.  But, frankly, both of us have seen it played out in dozens and dozens of organizations.
It reminds me of what another colleague told me about a particular board that hired the same type of director over and over again and could never understand why they had a mess on their hands....over and over again.  What's that old saying? -- insanity is when you keep doing the same thing expecting to get a different result.
Boards who want to maintain tight control (or Machiavellian control) will generally seek a director they can control tightly.  They'll look for the passive personality, the blank slate, the eager to please.  Boards that embrace challenge with the understanding that it can lead to growth will generally hire directors who will challenge them as well as themselves and the staff.
Controlling executive directors, on the other hand, will work hard to keep their boards at arm's length, perceiving erosion of power -- and perhaps knowledge -- if the board gets too close.  They'll withhold information, gloss over the tough questions, and roundly chastise any whiff of board exerted management (micro or macro).  Executive directors who are willing and able to embrace collaborative leadership -- which may also include some scrutiny, pushback, and a challenge or two -- will seek a board who can hug back.
If someone were to venture a concern about why such an organization isn't moving forward or seems to be living in suspended animation, part of the answer may lie in the fact that someone got what they deserved.
Photo:  75/365 I wanna tear my hair out from bonus living (away)

Laura Roberts said…
I agree completely. I once worked with a board about to hire its first E.D. When rating the qualities they were looking for, half rated "leadership" as #1 and the other half rated "management" #1... with no overlap. It was a great opportunity to talk about how the board's role had to change with an ED and what kind of person, doing what kind of work, they envisioned. Happy to say, they hired a leader, who effected wonderful change, but it could have gone either way.
August 4, 2010 at 10:38 AM

You describe an opportunity that many boards ought to take advantage of before leaping into the director search -- that is, spending some time thinking about the work to be accomplished and the skills and attributes needed to successfully take that work on. You were on the scene to help them do that.

In order to break a cycle concerted effort needs to be applied to it. Facilitators can be very helpful in applying some pressure and focus, but intentionality can be home grown if leadership is willing to learn.
August 5, 2010 at 8:21 AM