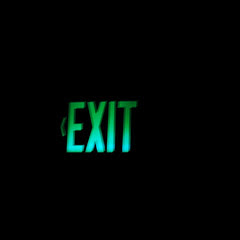 Asking a board member to leave.  Where does your organization draw the line on behavior that would precipitate a request for resignation?

Most nonprofits have attendance rules in their bylaws.  I’ve written elsewhere on this blog about the impact of the chronically empty board seat and the insidious damage it can do to group dynamics and the ability to effectively govern (September 3, 2008).

Beyond that, what else?  Criminal behavior, certainly.

What about the large, often gray area in between lack of participation and malfeasance?  And how are such dicey situations best addressed?

A recent real-life example involved a board member independently taking staff to task regarding the intellectual content of an exhibition.  In doing so, this individual not only overstepped the universally accepted board role, prevailing scholarship was also called into question.   While the staff held their ground, it became clear that the actions of the board member were a significant embarrassment to other board members and to senior staff.

What happened next fails to happen more often.  Knowing that this incident and this individual held the potential for serious long-term impact on staff and board morale and knowing that it could impinge on future board recruitment and funding, the board and staff leadership chose to exercise mutual accountability and organizational conscience.

The board member was asked to leave.  But not before communication with all board members individually was made by the president and director, with a case that was carefully documented and well argued.  So, while it might have taken too long as far as staff were concerned, it did happen quickly enough to be able to directly connect the consequences with the actions.

Why is it that we often find it easier to dance around the problematic board member?  We cajole, we isolate, we give slack to?  Is it the money we fear losing?  Or is it some imagined institutional reputation we fear will be soiled in the court of public opinion?  Or are we just exercising our natural inclination to avoid conflict?

Saying goodbye is never easy.  Nor should it be.  Being prepared to do it, though, is critical.  So, make sure your institution’s Code of Ethics is up to snuff.  Also, that Nominating or Board Development Committee I talk about so much on this blog might engage in some scenario planning that addresses what constitutes crossing the line and how it might be handled.