The Dollar and a Dream Syndrome 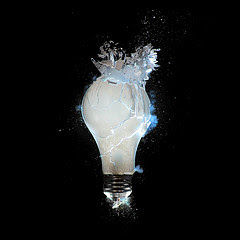 IT'S THE "DOLLAR AND A DREAM SYNDROME" -- someone thinks getting up a community theater would be lots of fun or starting a museum about local history or gathering artists together to open an arts center. Great ideas, all. But how workable for the long run?
As with most small businesses, new cultural nonprofits can be pretty fragile, partly because they develop from personal desire that, ultimately must be shared by many people. As a result, they can live on the edge for long periods of time, surviving on the friendship and handouts of devotees. But one can hardly call that sustainable, right? Yet, new groups are forming -- getting legal -- all the time. In New York State alone, 20-30 new museums are green-lighted by state authorities every year (by the way, only a fraction of them legally go out of business each year).
If you were to create a checklist of what a group of people needed to have in hand before they got that piece of paper from the government making them a legal entity, what would be on that list?
Here's my short, but growing, checklist:
Photo:  Bursting with Bright Ideas from fpsurgeon

Linda said…
And one more--don't believe everything a marketing consultant tells you. Just because 8 million people live within a few hours drive doesn't mean that those 8 million, or any significant portion there of, will visit your place!
February 3, 2010 at 7:35 AM

Anne W. Ackerson said…
Ah, yes. That's important! It's so easy to fall for big numbers game. How many museums have fallen into that trap?
February 3, 2010 at 5:59 PM