A Scalable Recipe for Getting Out of Financial Trouble 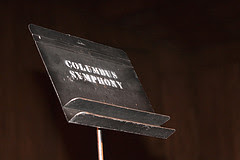 THE ARTICLE I JUST READ ABOUT THE COLUMBUS SYMPHONY ending its season just a hair's breath in the black is cause for celebration in many ways.  As symphonies across the country struggle, merge or outright die, the Columbus Symphony turnaround is worth taking a look at.  What was the secret from going from a projected deficit of more than $1 million to a surplus of $200,000?  Were there lessons for the rest of us embedded in the experience?
In a nutshell, here's what symphony leadership did:
There you have it, that's the published recipe.  Pretty simple, really.  It's a recipe many can follow.
What's the big lesson here?  Repeat after me:  NO SILVER BULLETS.  That's right.  If your organization is in financial trouble, it probably didn't get there in a day or a week or even a year.  It took a while.  And it will take a while to get out of the mess.  And it will take hard work and, yep, everybody gets to pitch in.
Is it scalable to organizations of varying sizes?  I think yes, mostly.  I think yes, definitely, if you're willing to put the sacred cows on the table along with the more obvious stuff and to accept that the solution, whatever combination of ingredients from the basic recipe you choose to use, will require months if not years of commitment.
Photo:  Columbus Symphony Music Stand from lottadot via Flickr