The Telltale Signs of Trouble 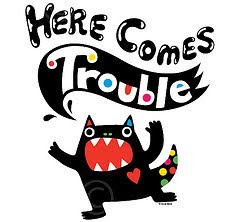 MY MENTAL LIST OF CULTURAL ORGANIZATIONS ABOUT TO GO UNDER was significantly lengthened this week.  Just yesterday a neighbor told me that a small environmental/ natural history research organization she works with was about to fold.  She was told that the board was casting around for a place to transfer the organization's collections of books, maps, photos and videos (although no one knows exactly where that will be despite the fact that they may have to shut their doors in a couple of weeks).
The day before that, a colleague called to say she was retiring from her organization and that there's a movement afoot to dissolve it (not her doing).  A third organization has burned through its endowment fund to the point where some board members think it's time to close the whole place down.
That's all in just the last week.
I've been hearing for a long time that the pace of consolidations and dissolutions in the nonprofit sector would speed up as the recession deepened.  Apart from symphony orchestras and the occasional museum, I wasn't seeing a great deal of evidence of that in the cultural corner of the sector until this summer.  But now I'm wondering if we're starting to reach a tipping point.  The money that's typically in a cultural's pipeline (from government, foundation and corporate grants, usually) tends to keep it lagging behind the rest of the economy.  Maybe now the time has run out.
The fact is, the recession may be blamed for the demise of some of these organizations, but it isn't the sole reason and it's usually not the primary one.  Unless an organization is relatively new and still a bit shaky, many of these organizations got into a fragile state well before the recession can be blamed for putting the final nail in the coffin.  Organizational deterioration can go on for years before it becomes palpable and impossible to avoid.
But there are dozens of telltale signs (easier seen in hindsight, of course) -- OK, here's the first (baker's) dozen:
What telltale signs of trouble would you add to this list?

Anne W. Ackerson said…
Here's another one to add to the list that was just emailed to me:

Inability to reach consensus on hiring a new Executive Director so that the process drags for months or years…
September 7, 2010 at 4:55 PM

Paul C. Thistle said…
Please read Bob Janes' Museums in a Troubled World (2009). We fail when we focus primarily on ourselves and when we contribute nothing to the solutions of (nor even the discussions about) the current crises facing humanity. We fail when we are irrelevant to the immediate concerns of our local communities and the world.
September 8, 2010 at 8:18 AM

Thanks so much reminding me of a core issue -- that of relevancy and integration of museums into their communities and the larger world. If a museum fails at that it doesn't really matter whether the 990 is filed on time.

Here's a short clip of Bob Janes talking about Museums in a Troubled World: http://www.youtube.com/watch?v=OSdvEtOxavs
September 9, 2010 at 5:00 PM