Oops...That Was a Bad Decision! 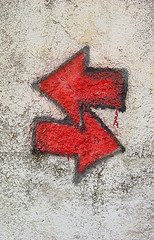 Have any of you been part of or observed bad board decision-making?
I'm a great believer that there is wisdom in group decision-making -- it takes more time, sure -- but it's usually more informed and creative than decision-making by an individual. So, the mere thought of a board making a collective bad decision (and bad can run the gamut from just plain ill-informed to downright criminal) leaves me to wonder about the underlying dynamics of the group, as well as the ability of each member to put the well-being of the organization before all else.
Having said that, I think that bad decisions get made when the will of one or two board members overrides the concerns of the others or when a majority of board members have mentally or physically 'checked out' of the discussion.  These are examples of group dynamics at their poorest.
Bad decisions also happen when the information board members receive is of poor quality or is incomplete.  Since it's difficult, if not impossible, to know every nuance about every issue that comes before a board, members ought to be aware of what is not known as well as what is. Knowing what one doesn't  know puts what is known in perspective.  That helps better decision-making.
Of course, not all issues/decisions are equal so understanding which ones have the greatest consequences for the organization is critically important (and a critically important leadership characteristic).  Otherwise, the attention of a board and its staff could be diverted toward superficial or trivial matters that are better handled by others (committees, staff members or volunteers, for example).
Photo:  Which way?