Does the Cultural Sector Need ONE BIG RALLYING POINT? 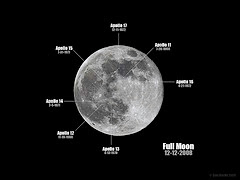 THIS PARAGRAPH FROM A RECENT post by Dan Pallotta (his blog is Free the Nonprofits) has my head spinning. So, I’m just going to lay it all out there as best I can. Pallotta uses the Apollo space program as an example of a success because it had specific parameters – and resources – for achievement. He doesn’t see either in the current nonprofit sector.

Nearly 100 new nonprofits are created in the U.S. every day — about 35,000 a year — most of them doing the same things as existing organizations wrestling with the same social problems. Over 90% are very small — with less than half a million dollars in annual revenues. In his recent article in the Stanford Social Innovation Review, Mark Kramer wrote that, because of fragmentation, redundancy, and the plethora of small organizations "there is little reason to assume that [nonprofits] have the ability to solve society's large-scale problems." I would argue that it is precisely because we aren't committing ourselves to solving society's large-scale problems that we have fragmentation and redundancy.

Each nonprofit functions alone, pursuing the strategies that it deems best, lacking the infrastructure to learn from one another’s best practices, the clout to influence government, or the scale to achieve national impact. A majority of the very largest nonprofits that might have the resources to effect national change are hospitals, universities, and cultural organizations that focus primarily on their own institutional sustainability. Collaboration throughout the sector is almost impossible, as each nonprofit competes for funding by trying to persuade donors that its approach is better than that of any other organization addressing the same issue. Very few systematically track their own impact.

This characterization of the nonprofit sector rings true for me on many levels. In New York State, where I live and do most of my work, cultural nonprofits abound. The economy is wreaking havoc with most of them and some will undoubtedly turn belly up (or have already), but that doesn’t seem to be a deterrent to folks wanting to start new ones. Just this past week, for example, I received an email asking for advice about shifting a for-profit art gallery to a non-profit “museum” and a phone call from a fellow who wants to get a group of museums together to occupy a vacant warehouse.

Contrast those conversations with the work of a core group of cultural nonprofits working together to plan a “happening” designed to attract 50,000 people precisely to raise the level of awareness of what each does among the public, business leaders and elected officials in their region. Now add to the mix a rather frustrating discussion at the Center for the Future of Museums’ blog about the definition of a museum.

Is it just me or is there an alarming lack of a clear view as to the place cultural nonprofits occupy in society? We struggle with defining what we do and the impact we make. Our governments are loathe to support arts and culture in any substantial way; nary a state agency (beyond the woefully underfunded arts council, perhaps) can articulate a cohesive vision for the importance of arts and culture to the life of its residents or its economy. Individual nonprofits can’t articulate visions for themselves, either.

Sure, we can say that the strength of the cultural sector is its diversity – there’s a nonprofit for practically every art form, every community, every community within a community. That’s how the sector works best. And, whoever said that cultural nonprofits should have anything remotely to do with solving society’s ills? Stopping hunger or finding a cure for cancer or AIDS is just not the same as opening new ways of examining and understanding the world around us. It isn’t?