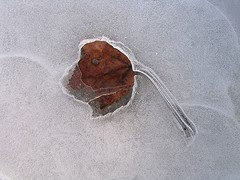 A CONVERSATION TODAY WITH THE DIRECTOR OF A
local history museum outlined many of the financial issues cultural institutions are grappling with right now. While programs continue apace by a small and increasingly overworked staff, the director said, "We're close to pulling out of the economic trauma, but it seems as though every time we get close, we fall back." She cited a confluence of issues at the base of which is the simple reality that there just isn't enough operating income being generated from any source to cover expenses.
And like your organizations, this one has cut its expenses as much as possible without laying off staff. That may come next year, however, if the museum fails to address its structural (long term/ongoing) operating deficit, which right now is about $40,000. While some of her board members are beginning to examine the issues surrounding the deficit, these conversations easily become consumed by minutiae. Before you know it the train is off the track. No decisions are made.
The director's response has been to increase grant writing and plan for programmatic expansion with the hope of generating new sources of funding. Nice try. And how many hours a week did you say you were already working? Neither guarantees a return on investment and both require longer time frames for success than the museum has available before the short leash of the deficit will yank it back to expense-chopping mode.
This scenario sounds very much like the typical "fight or flight" reaction most of us have when we're panicked by something that seems to have the better of us. In this director's case, her board has so far taken the "flight" mode. She needs to get them into "fighting" mode. How to do it?
First, you've got to define the problem. Deficit? How much are we talking about? And what's the timeframe in which we need to address it?
Then you've got to define some solutions. Sure, cutting more expenses from an already bare-bones operation is one choice. But what are some other options? Just so happens, this museum will be gearing up for its annual appeal soon. Hmmm....what are some ways to tweak this individual giving activity?
Got a handful of ideas? Next is tasking them out. So what does an annual appeal look like? Who does what and when? Would the board be willing to establish a challenge to donors -- for example, match the first $5000 that gets raised? I'm starting to feel it thaw in here!
When individuals and groups get frozen by fear, it's usually because they have no clue about the extent of the problem or the possible solutions and timeframes needed to address it. Information is power. And breaking down big, amorphous problems into bite-sized tasks is like warm breath on ice.
I'll let you know how she makes out.
Photo: Leaf melted into ice from roddh